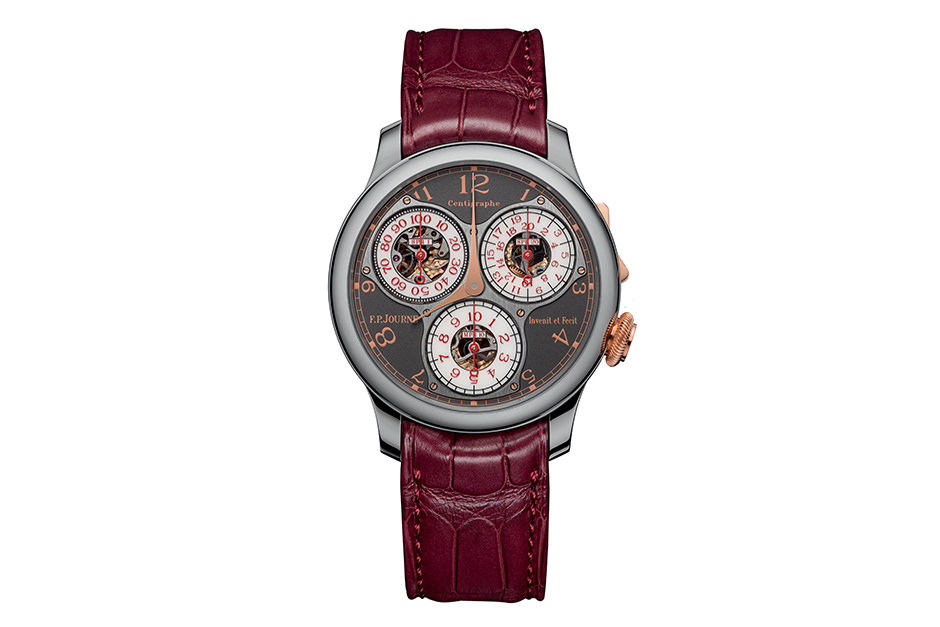 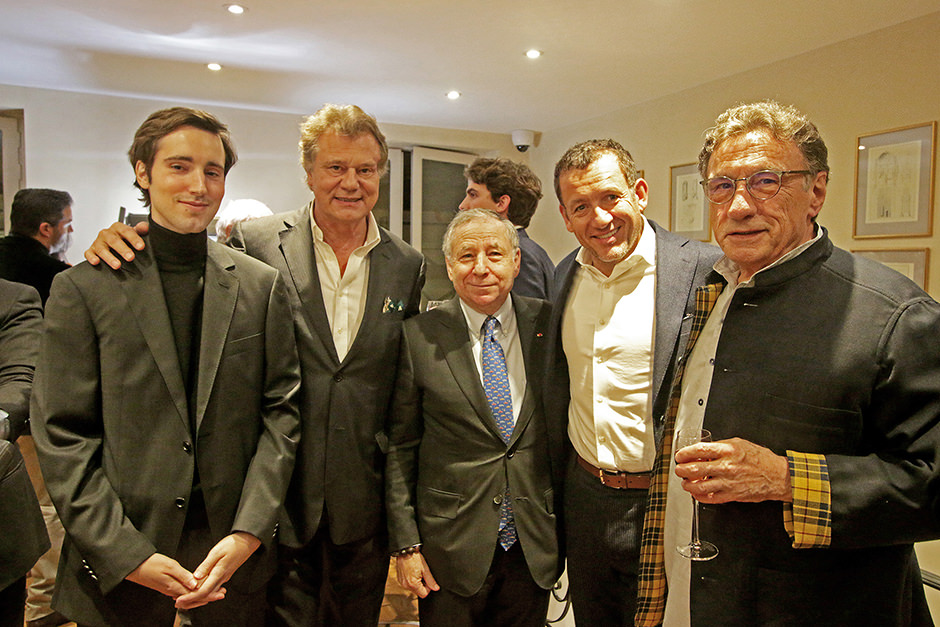 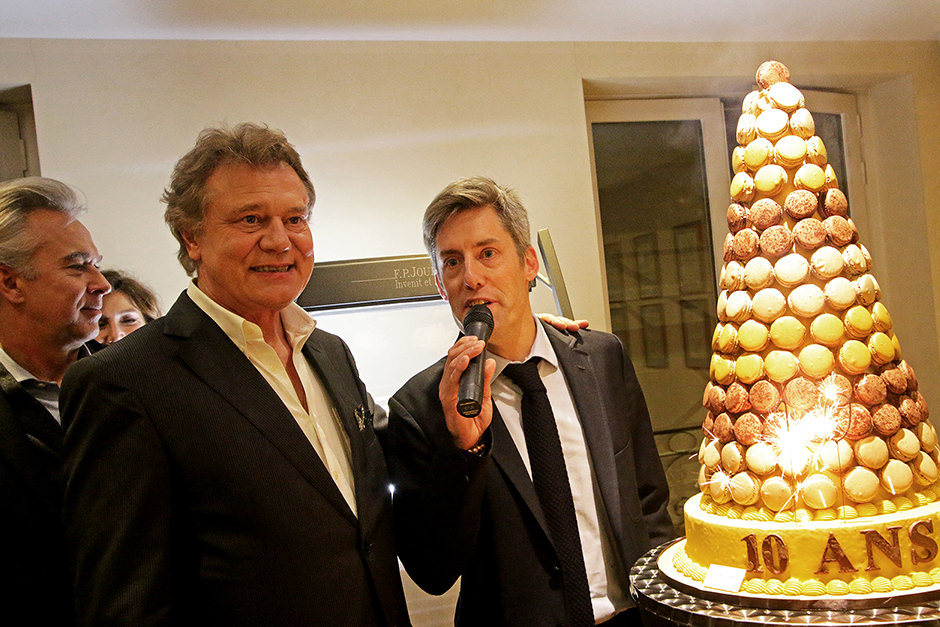 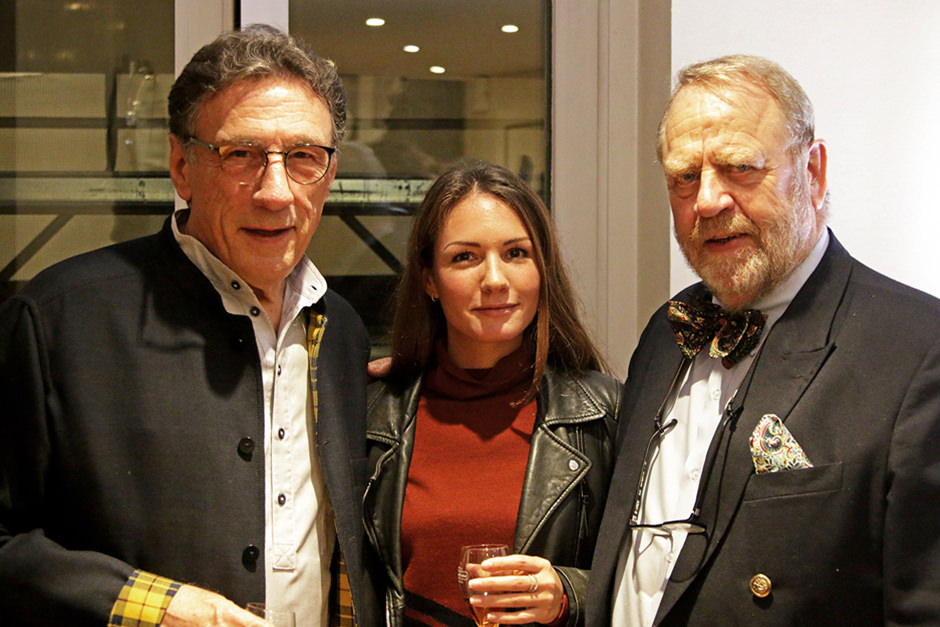 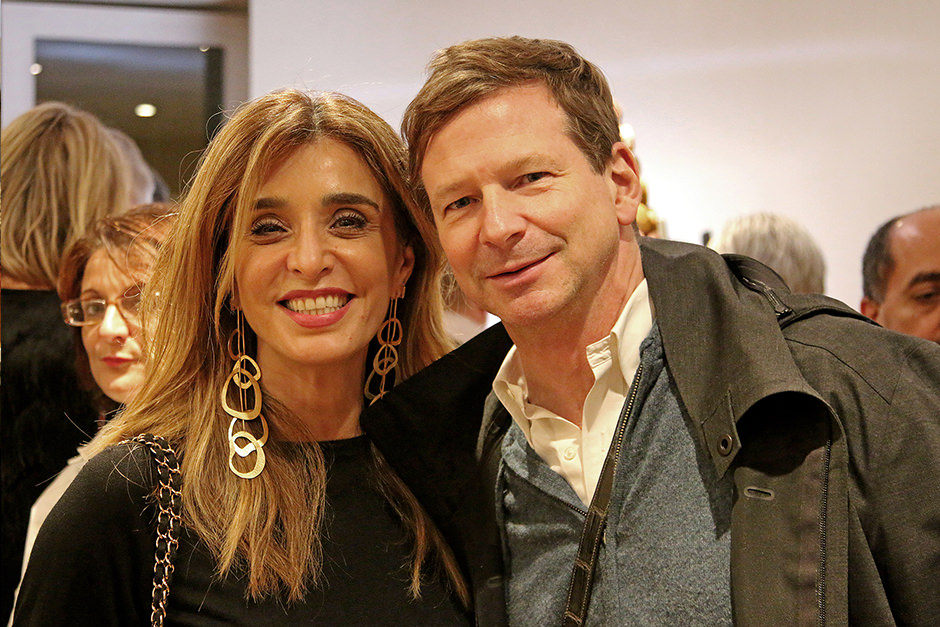 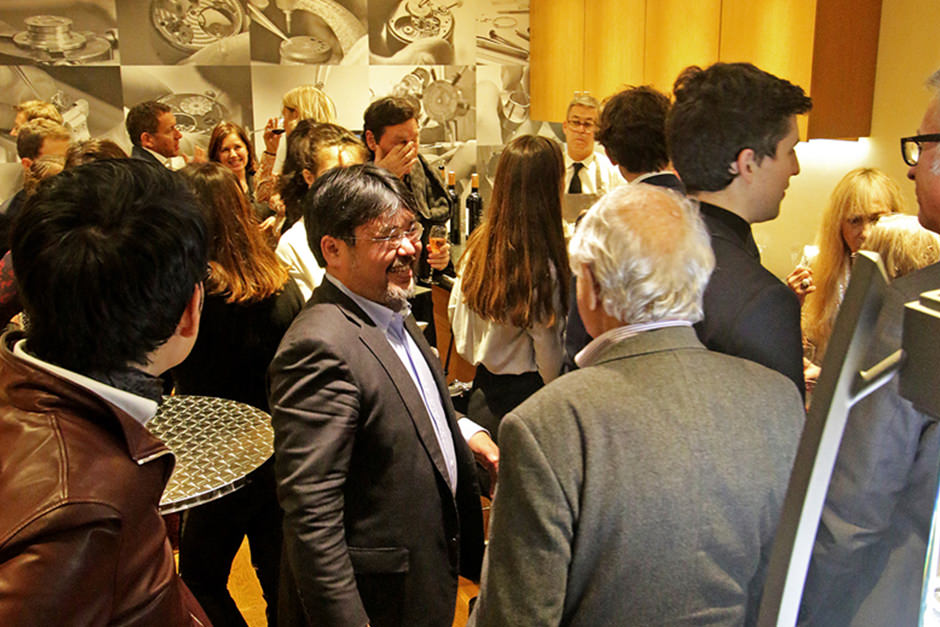 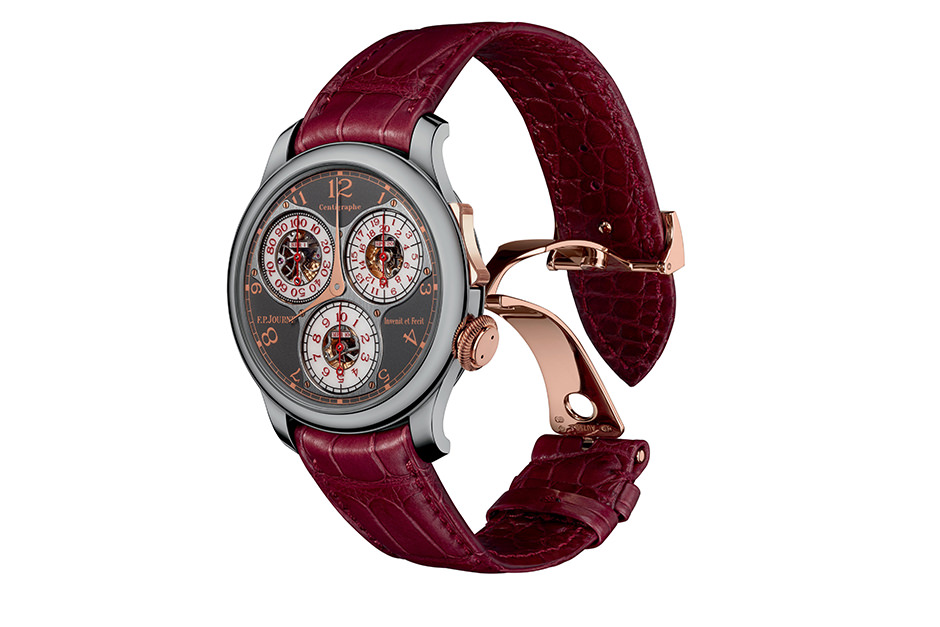 This exclusive edition is made in a perfect harmony of colours: a 40mm polished Titanium case, a Ruthenium dial with sapphire registers, a 18K 6N Gold crown and rocker, the emblematic mechanical movement with manual winding in 18K rose Gold and the burgundy alligator strap.

The Anniversary Centigraphe is exclusively available in the Boutique celebrating its 10th Anniversary. Paris presented during the evening, a private collection of 5 subscription watches produced between 1999 and 2004 and each bearing the No 1: Tourbillon Souverain 1/20, Chronomètre à Résonance, Octa Automatique Réserve, Octa Calendrier and Octa Chronographe.

The Centigraphe is a spectacular mechanical chronograph that indicates elapsed times from a 100th of a second to 10 minutes, visible on 3 dials, each with a time scale in red.

The chronograph is started, stopped and zeroed by a rocker located at 2 o’clock in the case band. This ergonomic design, perfectly fitted to the wristwatch, is patented.

A second patent was granted for the mechanism’s ingenious configuration, which effectively isolates the chronograph from the timekeeping function. This means the balance amplitude is unaffected when the chronograph is running.

Next articles
F.P.JOURNE - INVENIT ET FECIT – BY JEAN-PIERRE GROSZ
The fascinating book that tells the legendary story of François-Paul Journe has finally been released. Over 360 pages, the author relates his childhood as an enfant terrible in Marseille; his wild adolescent friendships, his joys and indiscretions; his hopes and doubts for his future; and, finally, the revelation of the world of watchmaking – a universe that was to become his vocation and would open up wonderful new horizons.
Unique F.P.Journe timepiece made for the Prince Albert II of Monaco Foundation and sold in Singapore for the extraordinary amount of SG$ 400’000
Singapore, November 9th, 2018 - F.P.Journe realized with Michael Tay a unique piece of his Chronographe Rattrapante given for the 10th Anniversary of the Prince Albert II of Monaco Foundation and sold during the Singapore Charity Ball auction under the patronage of his H.S.H Prince Albert II of Monaco.
CENTIGRAPHE TITANE AND AUTOMATIQUE RÉSERVE TITANE
The lineSport collection broadens with the new Centigraphe and Automatique Réserve in Titanium grade 5 with yellow dials and 44mm cases.
fermer