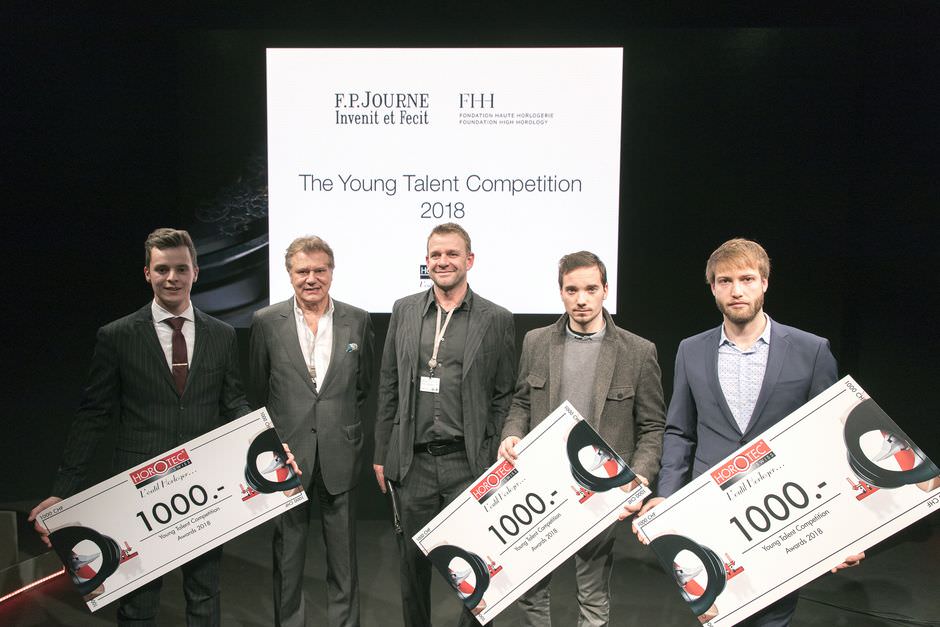 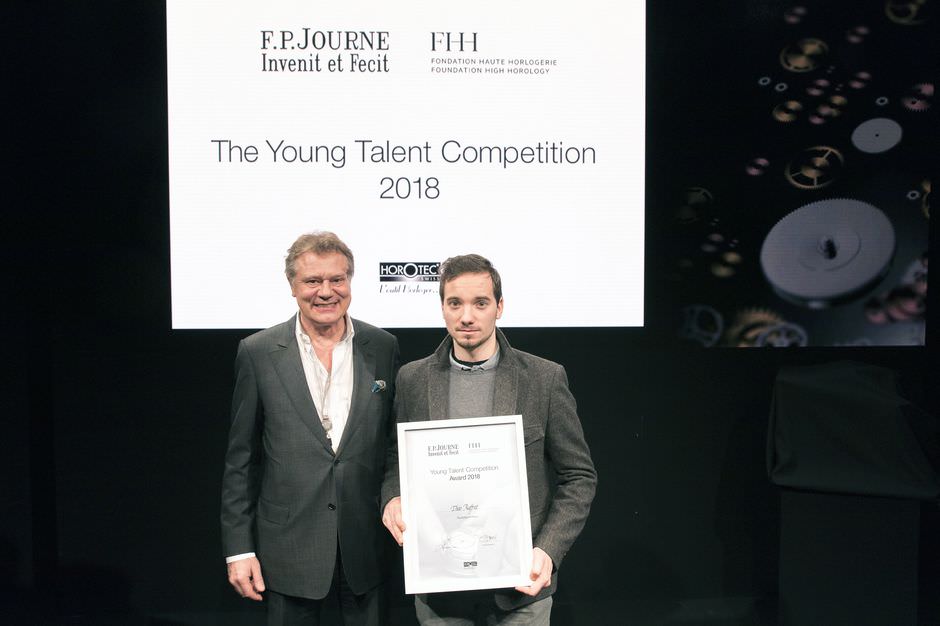 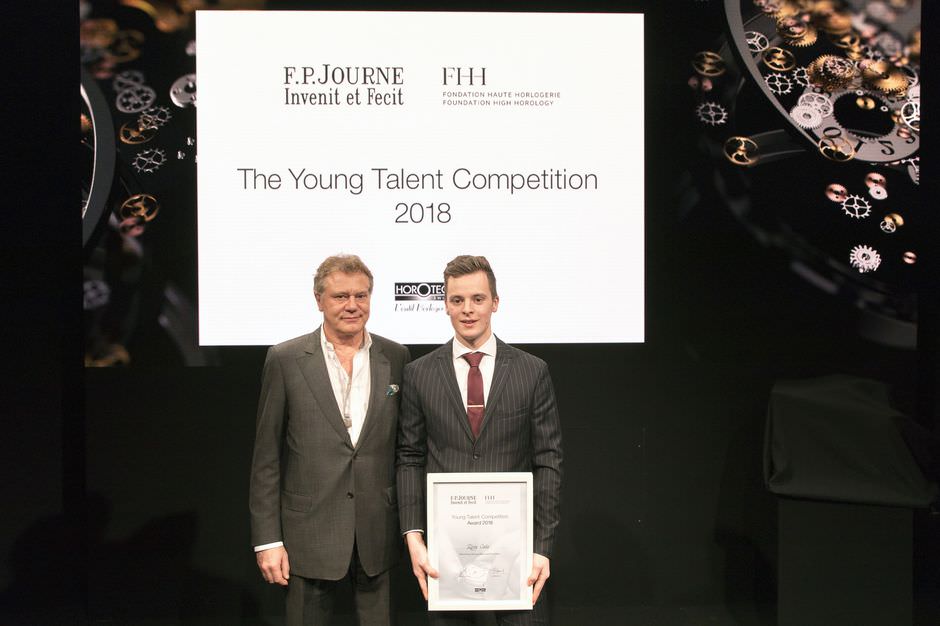 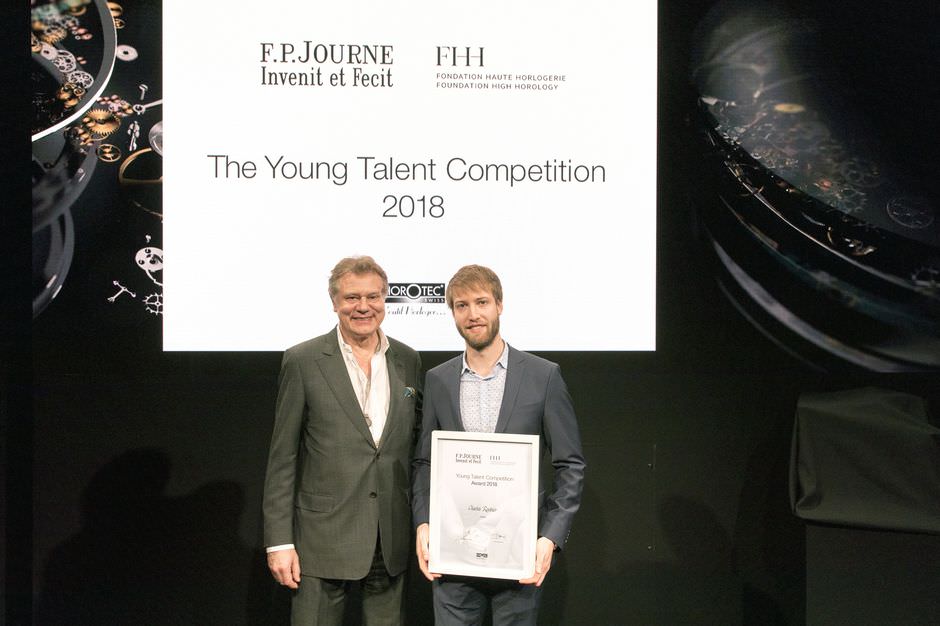 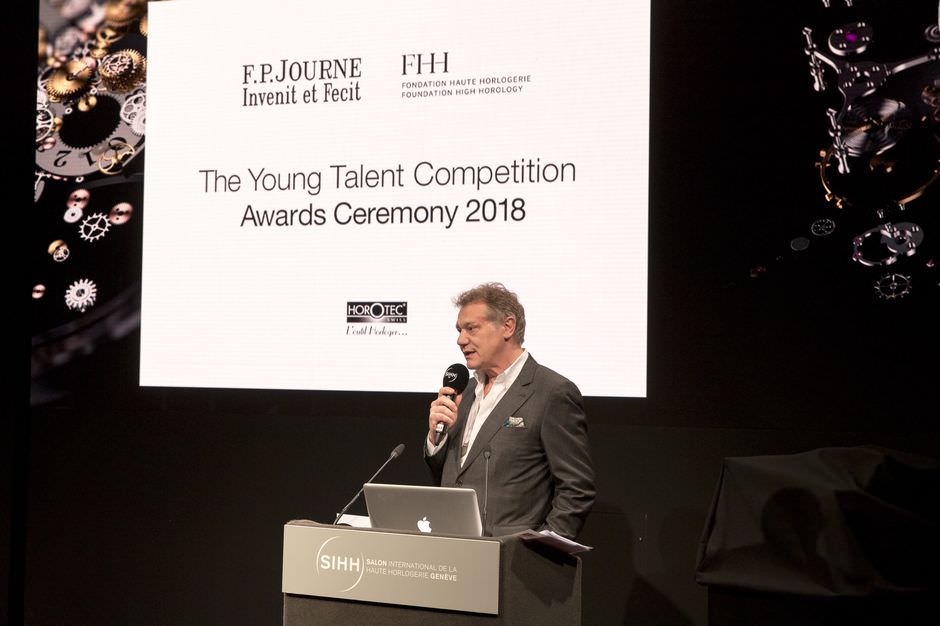 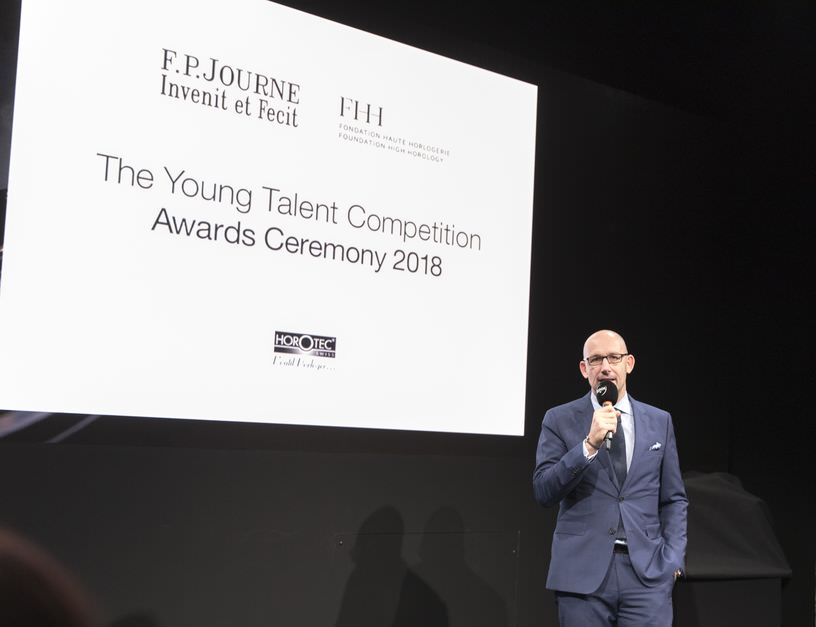 SIHH, Geneva, 17 January 2018 - Since 2015, the Young Talent Competition unveils the next generation of most talented young watchmaking apprentices in the world, supports them in their route to independence by identifying their achievements and putting them under the spotlight.

F.P.Journe has organized the Young Talent Competition this year with the support of the Fondation de la Haute Horlogerie (FHH). F.P.Journe and the FHH aim to perpetuate and support the art of haute horology.

F.P.Journe awarded the Prizes for the third year to the winning young talents, on Wednesday, 17 January 2018, during the press conference at the SIHH in Geneva. The winners 2018 are:

The jury of the Young Talent Competition 2018 is composed of key personalities from the international horological scene: Philippe Dufour, Giulio Papi, Andreas Strehler, Marc Jenni, Pascal Ravessoud, Michael Tay, Elizabeth Doerr and François-Paul Journe. Their selection criteria have been based on technical achievement, search for complexity in the realization, the sense of design and aesthetics.

The 2018 winners receive a diploma and a CHF 3,000 grant from Horotec, which will allow them to purchase watchmaking tools. They have the privilege of presenting their creation at the FHH in Geneva. The FHH will offer them free access to the FHH Certification (the only worldwide recognized watchmaking knowledge certification), and a dedicated horological history course.

The Young Talent Competition opened this contest to 47 international watchmaking schools in 14 different countries. The entry requirements were as follows: