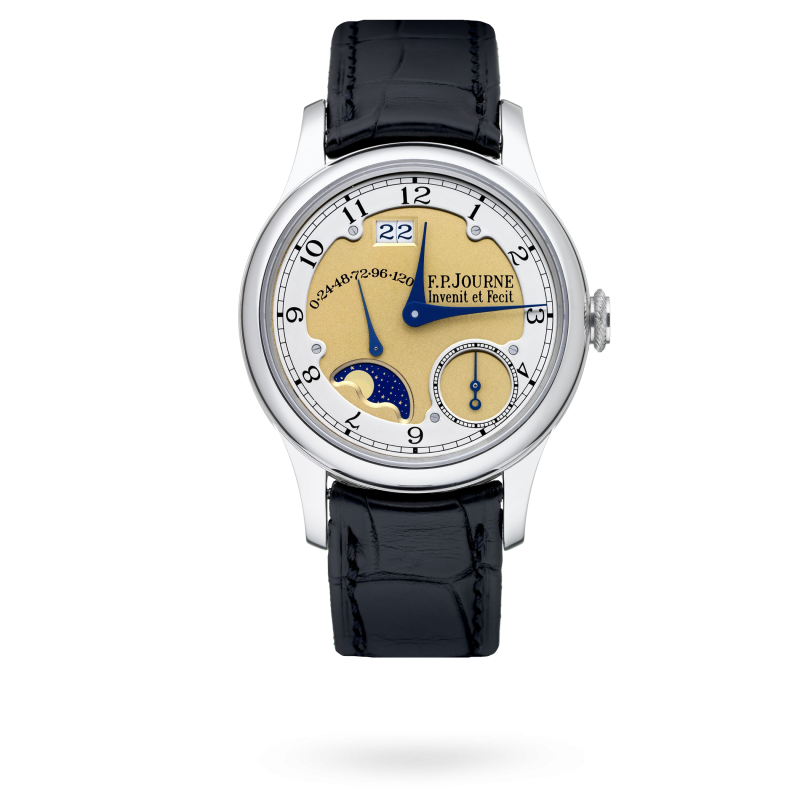 A worthy heir to the Octa collection, the Octa Divine (36mm) is the first model by F.P. Journe -Invenit et Fecit- to be set with diamonds and to feature central hours and minutes hands.

Nonetheless, the instantly recognisable F.P. Journe aesthetic elegance has been retained, with the sub-seconds dial in the lower right-hand section, and the hours and minutes sub-dials screwed to the dial, a patented brand-specific feature.

This watch indicates the power reserve and displays the moon phases thanks to a metallic sapphire disc which moves one notch forward when the date changes.