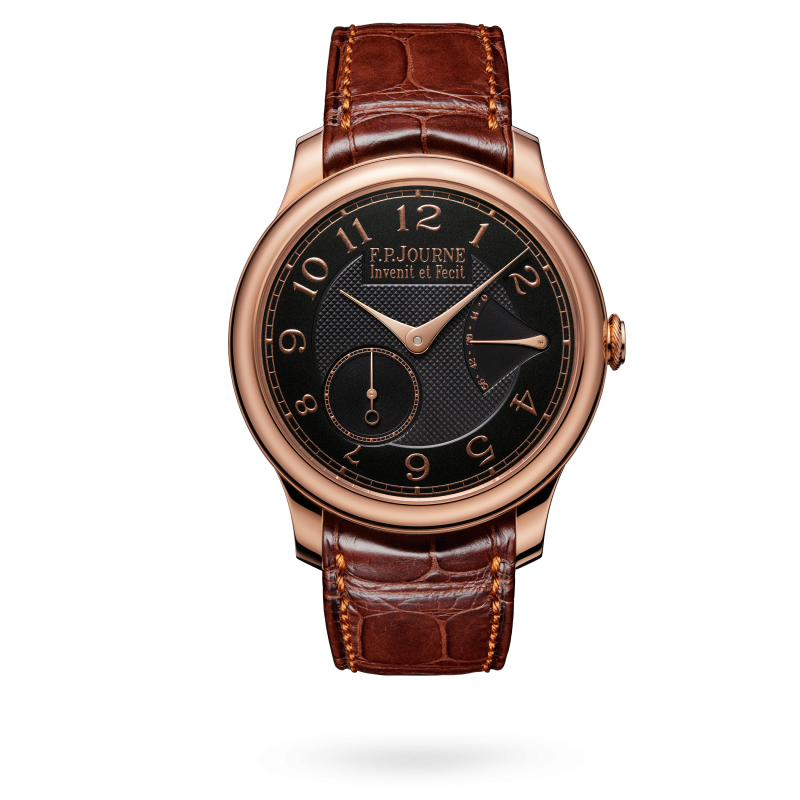 THE BOUTIQUE EDITION WITH BLACK DIAL ON 18K 6N GOLD CASE IS AVAILABLE ONLY IN THE F.P.JOURNE BOUTIQUES AND ESPACES AND FOR ALL F.P.JOURNE MODELS, APART FROM THE STRIKING WATCHES.
Testimony
Chronomètre Souverain