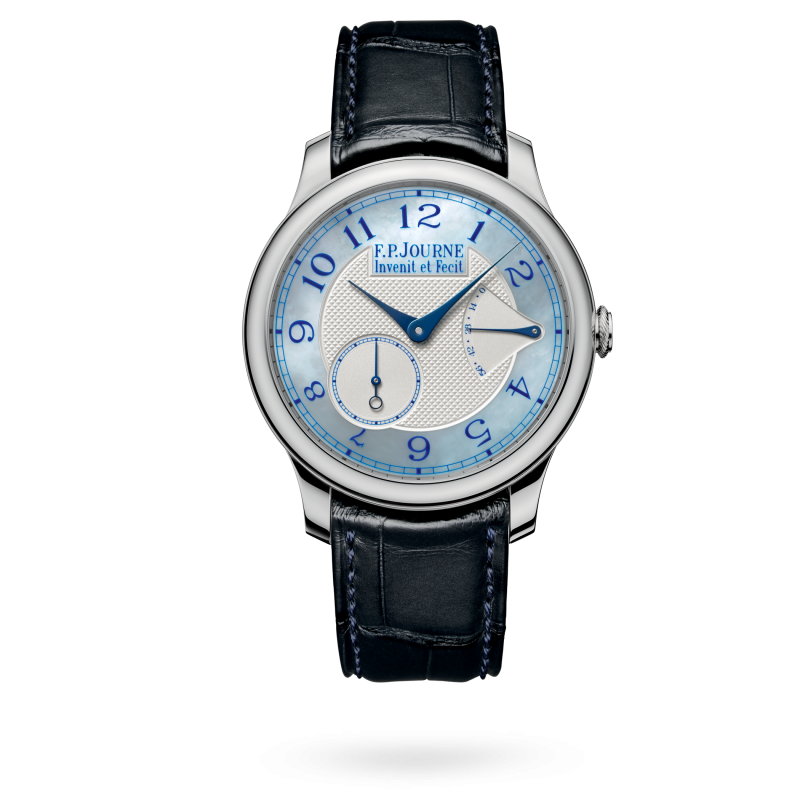 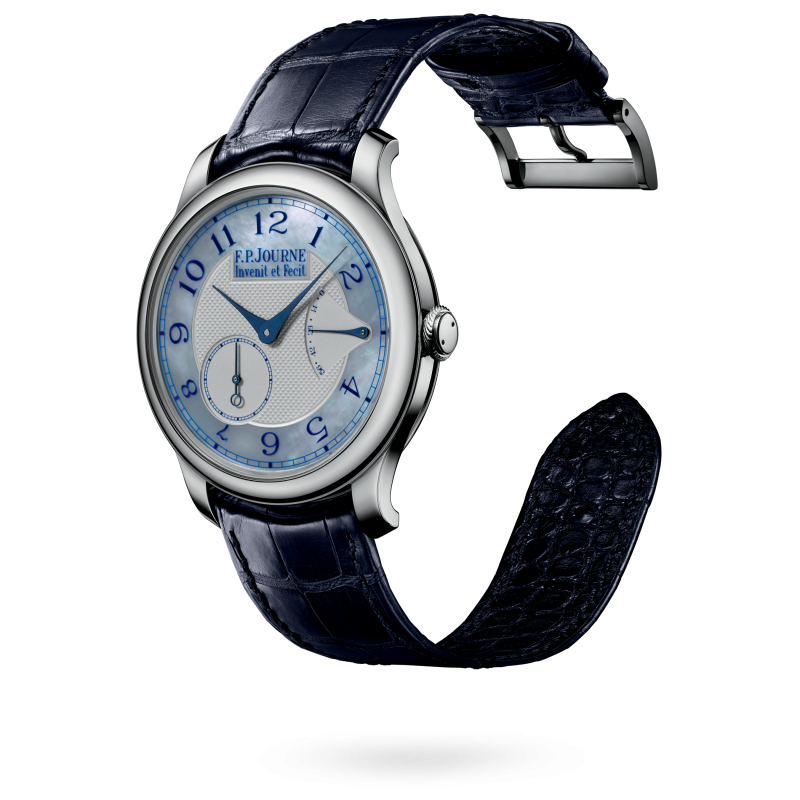 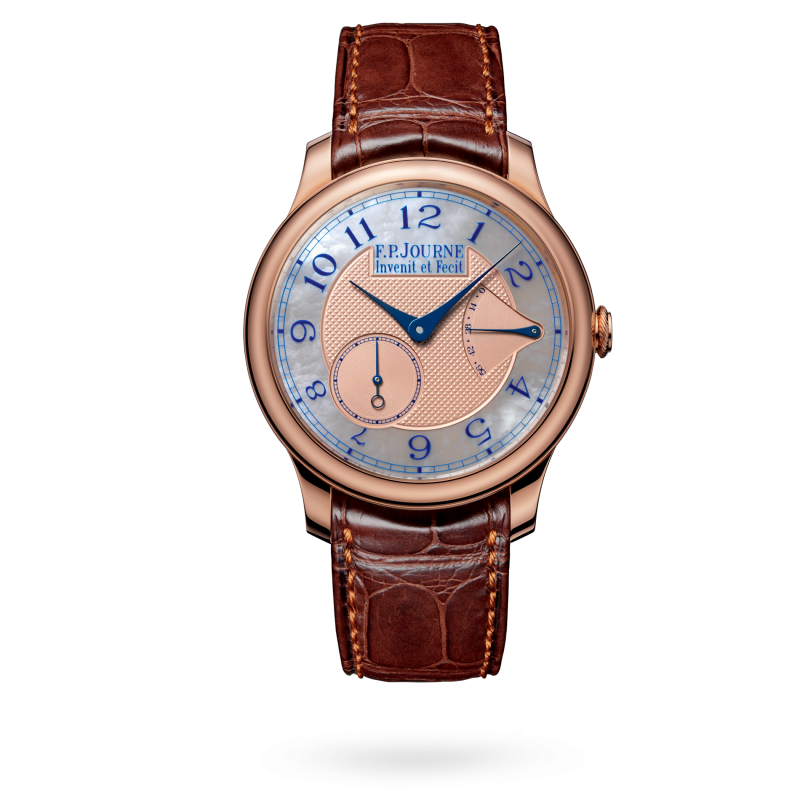 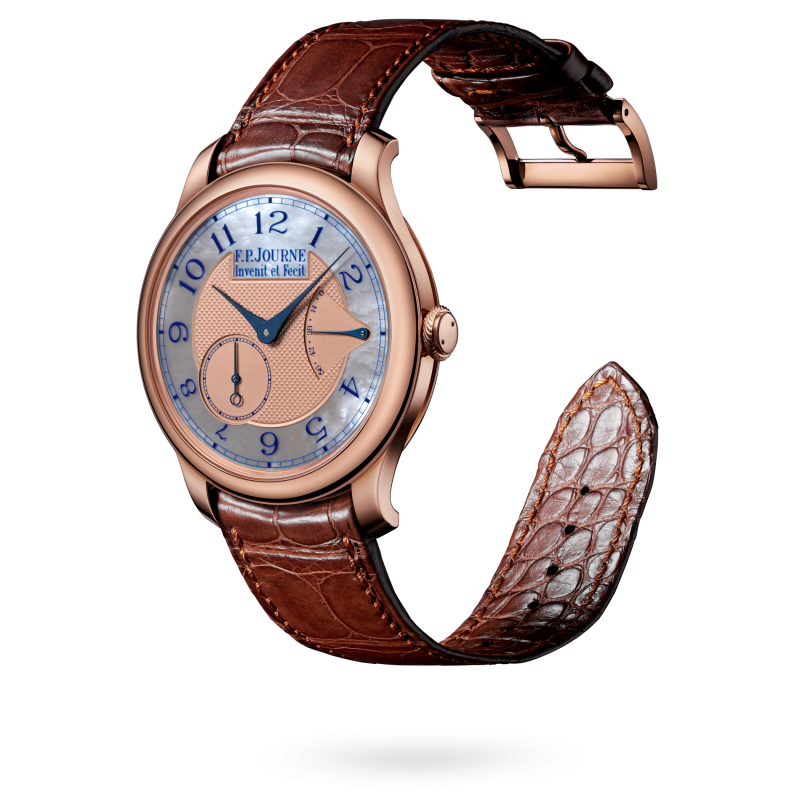 Horological alchemy, the quest for beauty, and chronometric precision are the starting points for each new watch we create. After the first Boutique Collection, F.P.Journe innovates once again, blending elegance and expertise in the Collection Boutique Nacre.

F.P.Journe reveals its dial combining the mystery of mother-of-pearl in the hour ring and blue Arabic numerals, with the timeless elegance of clou de Paris guilloché in the centre. The version with 18K 6N Gold case subtly blends pink mother of pearl with a 5N guilloché Silver centre, while the Platinum version features a blue mother of pearl hour ring with a whitened guilloché Silver centre.

The Collection Nacre is exclusively available in the Boutiques and Espaces F.P.Journe.